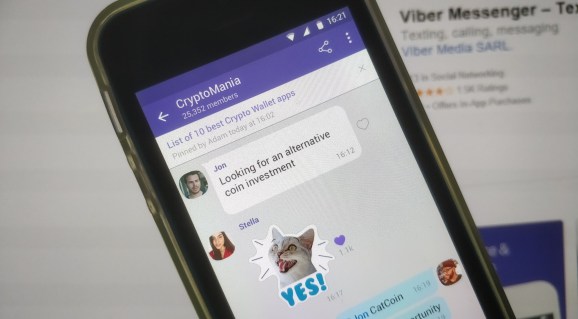 Messaging app company Viber has announced an interesting update to its chat platform today, one that creates a potentially limitless forum for publication conversation.

While most messaging apps, including Viber, built their early business on one-to-one and (small) group chat functionality, there has been a growing push towards creating something a little grander. Think of good ol’ fashioned internet messaging boards, and you’re thinking along the right sort of lines

Earlier this week Viber quietly unveiled Viber Communities, which are basically public chat spaces with no real upper limits for the number of people who can participate. You could have one billion people in a single chat space if you want. 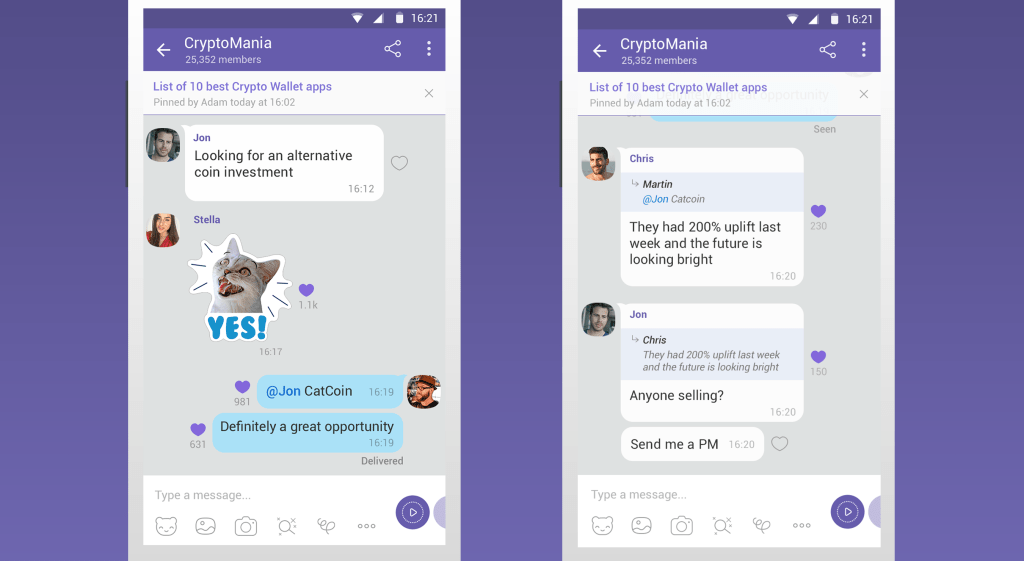 This is an extension of sorts to the launch of Public Accounts for businesses and brands back in 2016, allowing organizations to broadcast messages en masse, or to liaise with customers on a one-to-one basis.

Though the mighty Facebook offers public group networking via Facebook Groups, the company has also dabbled in extending its raison d’être into more niche, topic-specific public group chats in the past. Back in 2014, for example, it launched the standalone Rooms app that allowed users to create individual chatrooms (anonymously) around specific topics, but that app was eventually killed off. In late 2016, Facebook also experimented with a new public group chat feature within Messenger, however that doesn’t seem to have found its way into the company’s permanent plans.

One potentially key benefit to Viber compared to Facebook is the limited information that’s shown to other users — phone numbers are hidden, with only the profile photo and name visible, both of which are at the user’s discretion to change. Such anonymity isn’t so easy to achieve on Facebook.

Elsewhere, chat app Telegram extended its so-called “supergroup” limit from 1,000 to 5,000 people back in 2016 as it made groups viewable to anyone in the public, though it has now seemingly extended this limit to 100,000 people. WhatsApp, on the other hand, isn’t pitched as a platform for public group chats, hence its limit remains at 256 people.

By extending public group chats to anyone and everyone, Viber really is opening things up, though that’s not necessarily a good thing — engaging with public groups of million of people sounds like a headache in the making. However, there are some controls in place — “superadmins” (those who setup the groups) run the show, and they reserve the right to block certain members, while they can also promote other members to “admin” or “superadmin” status. They can also stipulate which members can invite other new members to join, and who can participate in a chat or just watch from the sidelines.

Superadmins can invite others by adding them personally (e.g. a friend) or they can create a public web link that anyone can use to join.

While these groups could be used by anyone wishing to set up a group around a shared hobby or passion, it seems that …read more

Short-Term vs. Long-Term Marketing: How to Optimize Both Strategies

Leaders, This is How to Help Ensure a Productive Work Culture