The Streaming Conundrum: Forgetting What I Heard 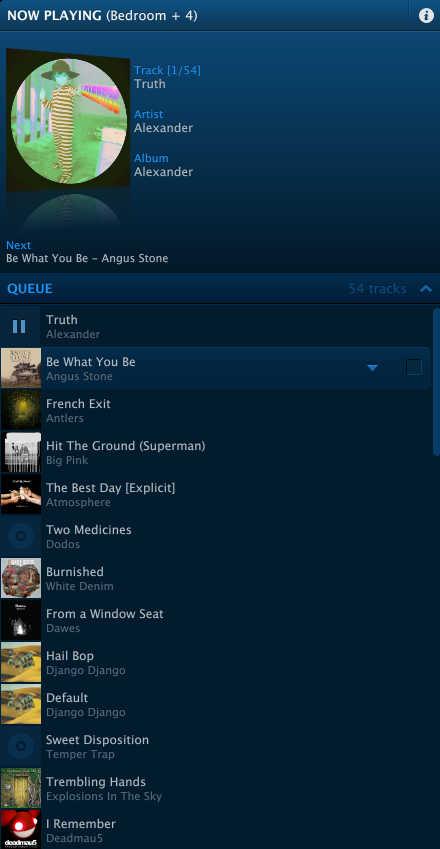 The post The Streaming Conundrum: Forgetting What I Heard appeared first on John Battelle’s Search Blog.

Once upon a time, I’d read the yearly lists of “best albums” from folks like Rick Webb or Marc Ruxin, and immediately head over to the iTunes store for a music-buying binge. Afterwards, I’d listen happily to my new music for days on end, forging new connections between the bands my pals had suggested and my own life experiences. It usually took three to four full album plays to appreciate the new band and set its meanings inside my head, but once there, I could call those bands up in context and apply them to the right mood or circumstance. Over years of this, I built a web of musical taste that’s pretty intricate, if difficult to outwardly describe.

About two years ago, I started paying for Spotify. Because I’d paid for “all you can eat” music, I never had to pay for a particular band’s work. Ever since, my musical experience has become…far less satisfying.

Last night, for example, I had a small gathering at my house, and I wanted to curate a playlist for the evening. My house is set up with a Sonos system, which is connected to my iTunes library, as well as Spotify and various other apps. Before I stopped buying music on iTunes (or ripping CDs into iTunes), it was super easy to set a Sonos playlist: I’d just review my iTunes library on Sonos and toss the tunes into a queue to be played. I’d usually chose recent music to play — curating a playlist is a chance to demonstrate your musical taste, after all, and that changes over time.

But now that I use Spotify, I realized something rather distressing: I can’t remember the names of most of the bands I’ve listened to over the past couple of years. That made creating a new playlist near impossible — my guests had to endure a musical set that would have felt fresh had the year been 2013.

I know Spotify has robust playlist creation tools, and I know I’m supposed to adapt to them, and learn how to create value on the Spotify platform. But the ugly truth is I lean on Spotify’s “Discover” feature, and its attendant algorithms, to suggest all manner of new music for me. I listen to it, but I’ve lost the recall signal which allows me to create a good playlist.

For me the most important signal of value is an exchange — I pay the band for their music, the band gives me rights to own and play that music. Streaming has abolished that signal, and I’m feeling rather lost as a result.

Perhaps I’ll go back to simply buying music on iTunes, but that feels like going backwards. Streaming is here to stay. However, I’m guessing plenty of folks have run into this issue, and might have a suggestion for how best to address it. So LazyWeb, I ask you: How do you ingest music and give it meaning in a streaming world?

The post The Streaming Conundrum: Forgetting What I Heard appeared first on John Battelle’s Search Blog.

How to Create Audience Personas on a Budget Using Facebook Insights

Pop-up ads: Why everyone hates them and why they’ll never die

The Self-Employment Exit Rate is Rising